Intervention is regaining its place in the national strategic debate in the UK and elsewhere. Sophisticated and urgent questions are once again being asked of governments, international organisations, political and military strategists and civil society; questions which deserve a considered response.

Commissioned by the Development, Concepts and Doctrine Centre of the United Kingdom Ministry of Defence, Interests, Ethics and Rules: Renewing UK Intervention Policy is an invitation to think closely and constructively about the circumstances in which the UK national interest might become engaged in some natural or man-made crisis around the world, and what that engagement would imply in organisational, decision-making and practical terms.

Prepared by academic experts in the field of international security and the use of armed force, the report acknowledges that intervention has been, and remains, a deeply contested concept, on political, diplomatic, moral, legal and strategic grounds. The authors argue, nevertheless, that intervention operations could reasonably be undertaken on humanitarian grounds or for ‘systemic’ reasons, in order to maintain the rules-based international system. Intervention can cover a wide range of possibilities, from non-military to military. And when military forces are involved in intervention operations, their posture can vary from unarmed (e.g. supporting the provision of aid and logistics in a benign environment) to armed (e.g. for purposes of force protection and mission security in an uncertain environment) to full spectrum or ‘war fighting’ military operations against armed and violent adversaries. Whatever the cause, rationale, type and intensity of an intervention operation, it is also a highly complex undertaking. The decision to intervene should be the result of a sophisticated assessment and decision-making process and requires political, strategic, organisational and logistic support at every stage. 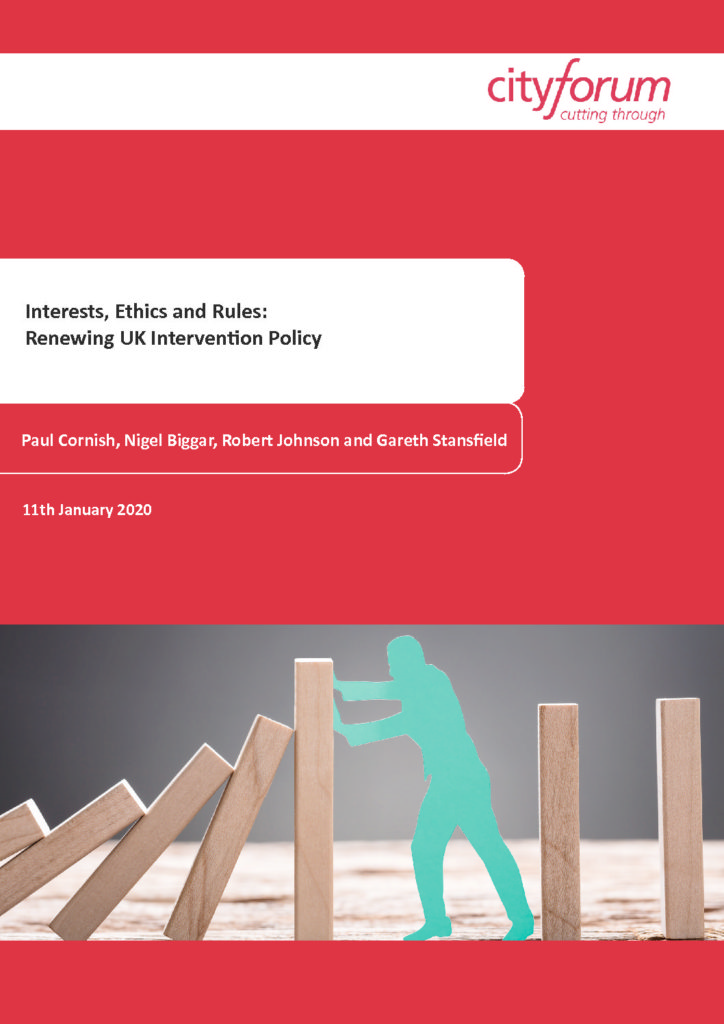